Challenge: pitch MTV Executives a website where stars from MTV Reality TV Shows could interact with their fans.

Billed as a "celebrity Myspace" I Am On MTV was born as a platform for celeb-to-fan interaction. With each new show premier, its stars would sign up to the site, get "verified" and start answering questions, sharing personal images and videos daily.
Result: MTV fans were clearly excited, with 1 Million Unique Visitors in less than two months, generating over 12 Million page-views. 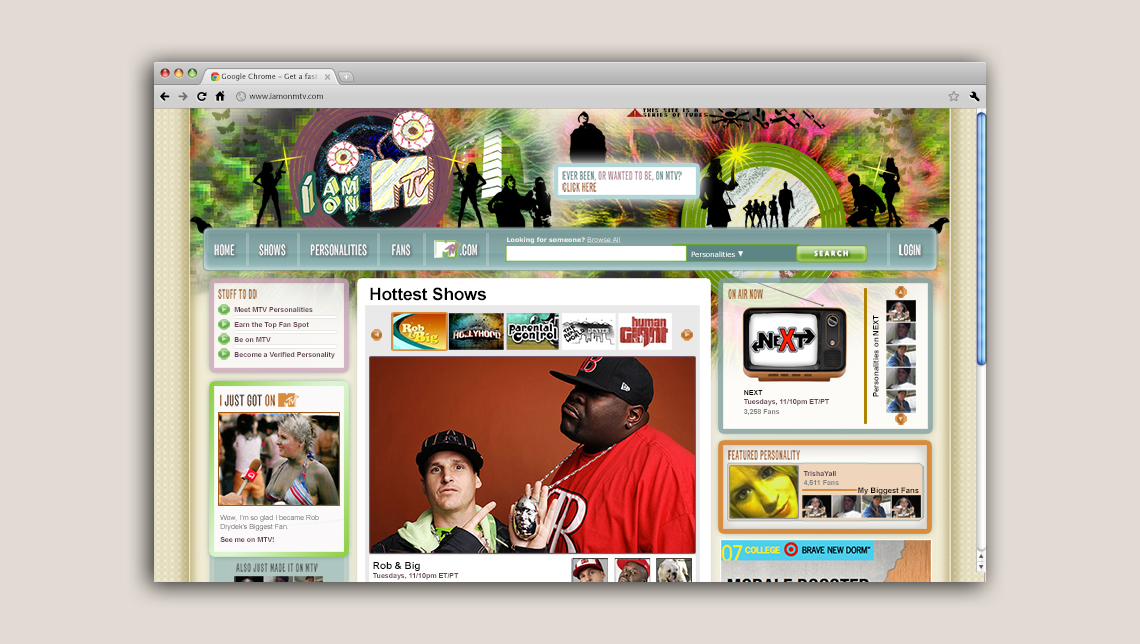 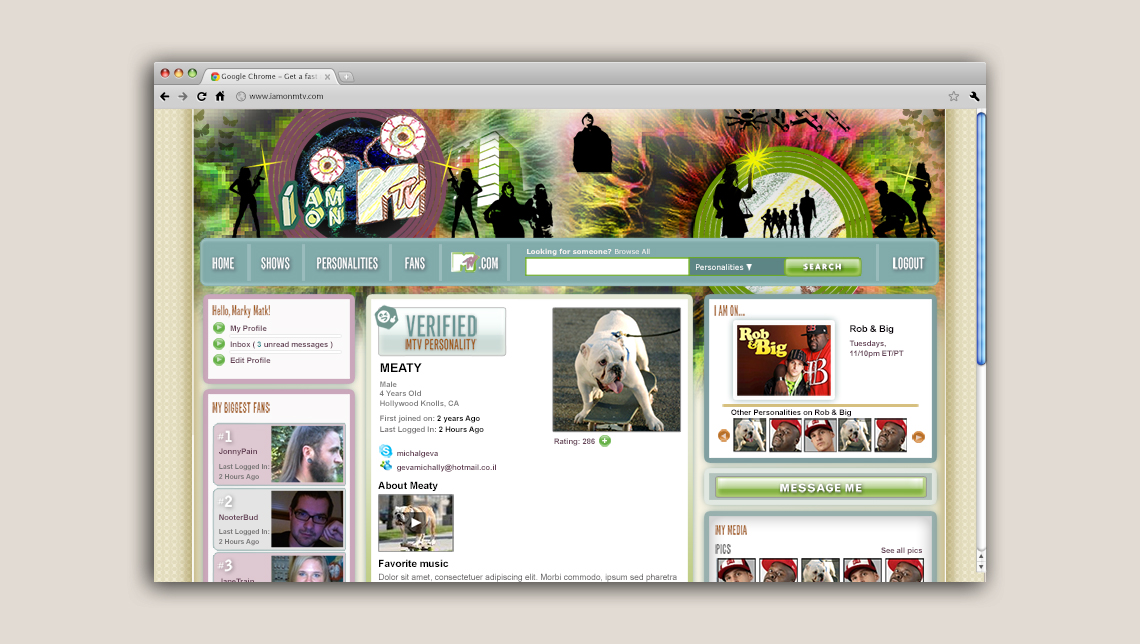 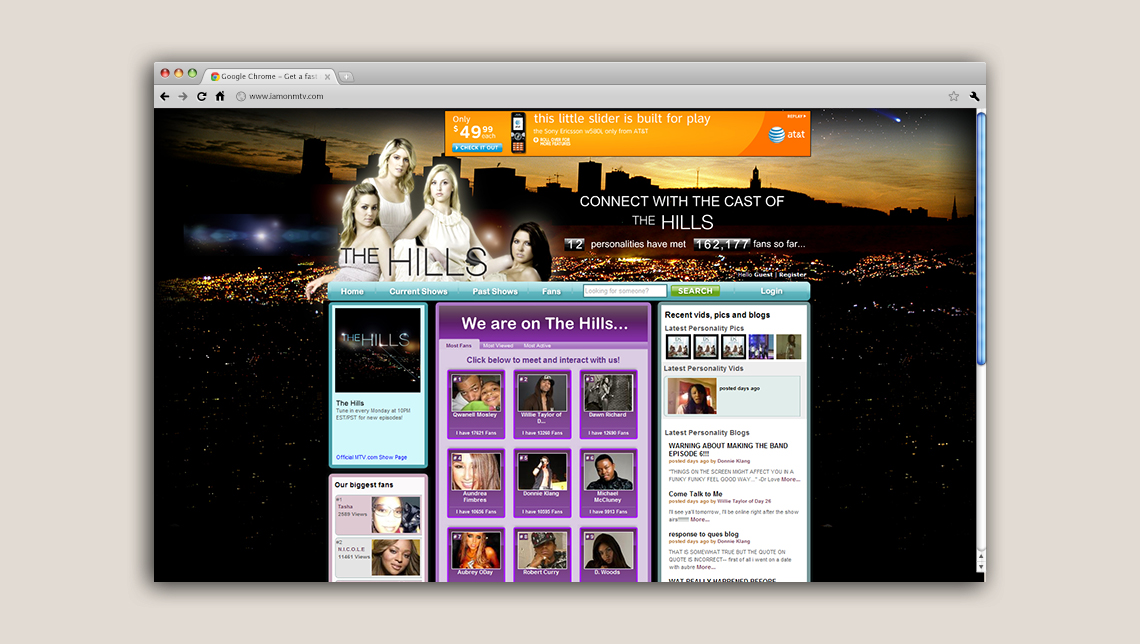 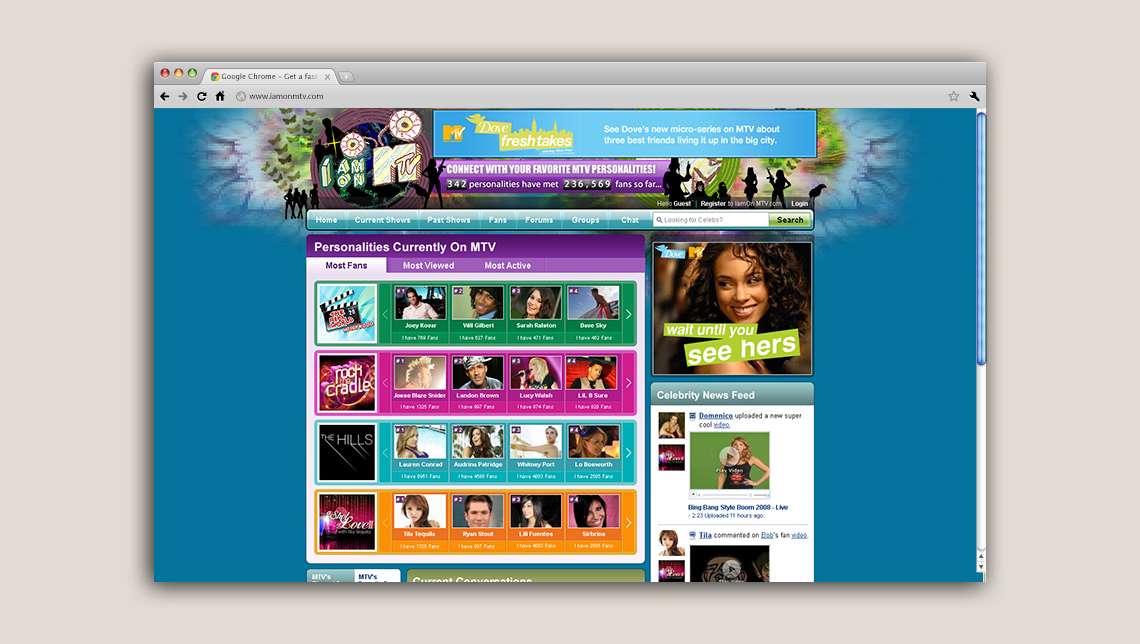