Challenge: watch and research MTV's dating shows and come back with ideas for their second screen expiriences.

Solution: Create a dating site, where time spent on user profiles is counted as points. The site counts how long each profile has been viewed on a particular day, the guy and girl with the most time spent on their profile are crowned "hotties of the day". The profiles of the top hotties appears daily on MTV.
Result: Since launched in October 2007, the site became a wild success, attracting an average of 3 million page views daily, over 30 minutes time spent and over 150 pageviews per visit. Also unique, is the demographic it attracts - the site boasts over 60% women.
"Sarcasm aside, NextOrNot signals MTV's logical entrance into next generation dating and social networking sites. The network will obviously include a higher dosage of vanity than Facebook or existing dating sites like eHarmony, but this is expected from a company steeped in entertainment culture."

Mashable
"This Monday, MTV quietly deployed a Hot or Not competitor called NextorNot. MTV’s twist is to feature the “hottest” guys and girls from each day on their three dating shows: NEXT, Parental Control and Exposed." 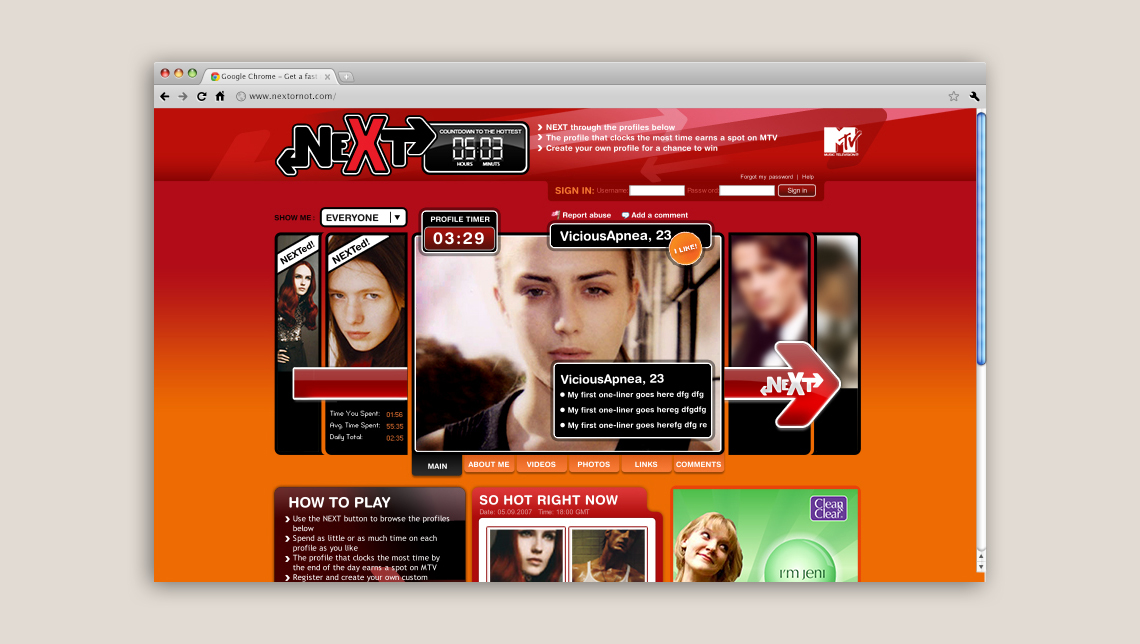 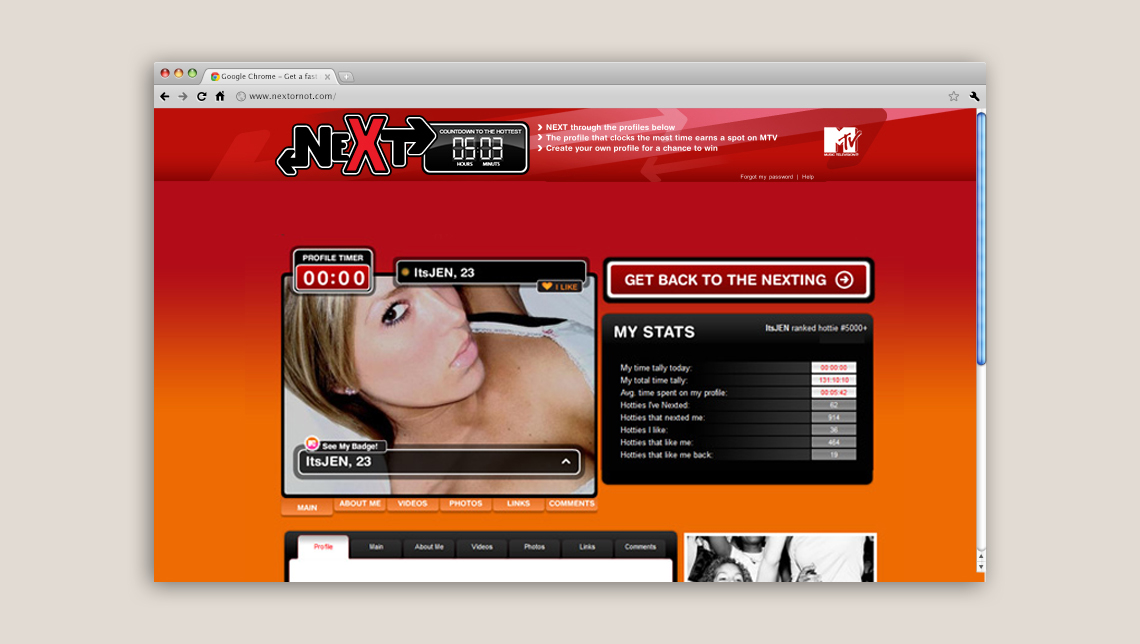